Understanding the Depth of the Microplastic Pollution Problem

THE FACTS ON PLASTIC
ARE SINKING IN.
_
According to the International Union for Conservation of Nature, there are 9.5 million metric
tons of plastic released into the oceans every year. By 2050, scientists project there will be
more plastic than fish in the world's oceans.
1
From single use plastics to microplastics,
the plastic pollution problem isn’t going away. With petroleum-based microfibers
accounting for 35% of primary microplastic pollution,
2
it’s clear that the textile industry
needs to take action. That's why Cotton Incorporated is dedicated to learning more about
this global problem and finding solutions.
CONCERN IS
RISING.
There is growing public awareness of how textiles are contributing
to the accumulation of microplastics in the world's water bodies.
Since 2016, there have been more than 6 million mentions of
polyester, microfibers and pollution in the med
ia. Governments are
banning certain single use plastics. Consumers are demanding
more sustainable alternatives. The time for the textile industry to
understand the issue and prepare for change is now.
TINY FIBER, BIG PROBLEM
What goes into aquatic environments often ends up in the food we
eat and the water we drink. In fact, there is now evidence of
microplastics in every part of the food chain,
4
including fish and
water supplies around the world.
In the last four years, Adventure Scientists have collected over
2,677 samples in marine and freshwater systems around the world,
spanning every continent and ocean. The results, shown below,
indicate that microplastics are accumulating at a higher rate in
marine systems (89% of samples) than in freshwater systems (51%
of samples).
3
This research provides one of the largest datasets
that clearly shows the scale of the microplastic pollution problem.
WHAT ARE
MICROPLASTICS?
TINY MAN-MADE
FRAGMENTS, FIBERS,
PELLETS OR GRANULES
THAT ARE 5 MM OR LESS
IN SIZE.
3
81% OF TESTED WATER
SAMPLES FROM MAJOR
METROPOLITAN AREAS
AROUND THE WORLD
WERE CONTAMINATED
WITH PLASTIC FIBERS.
5 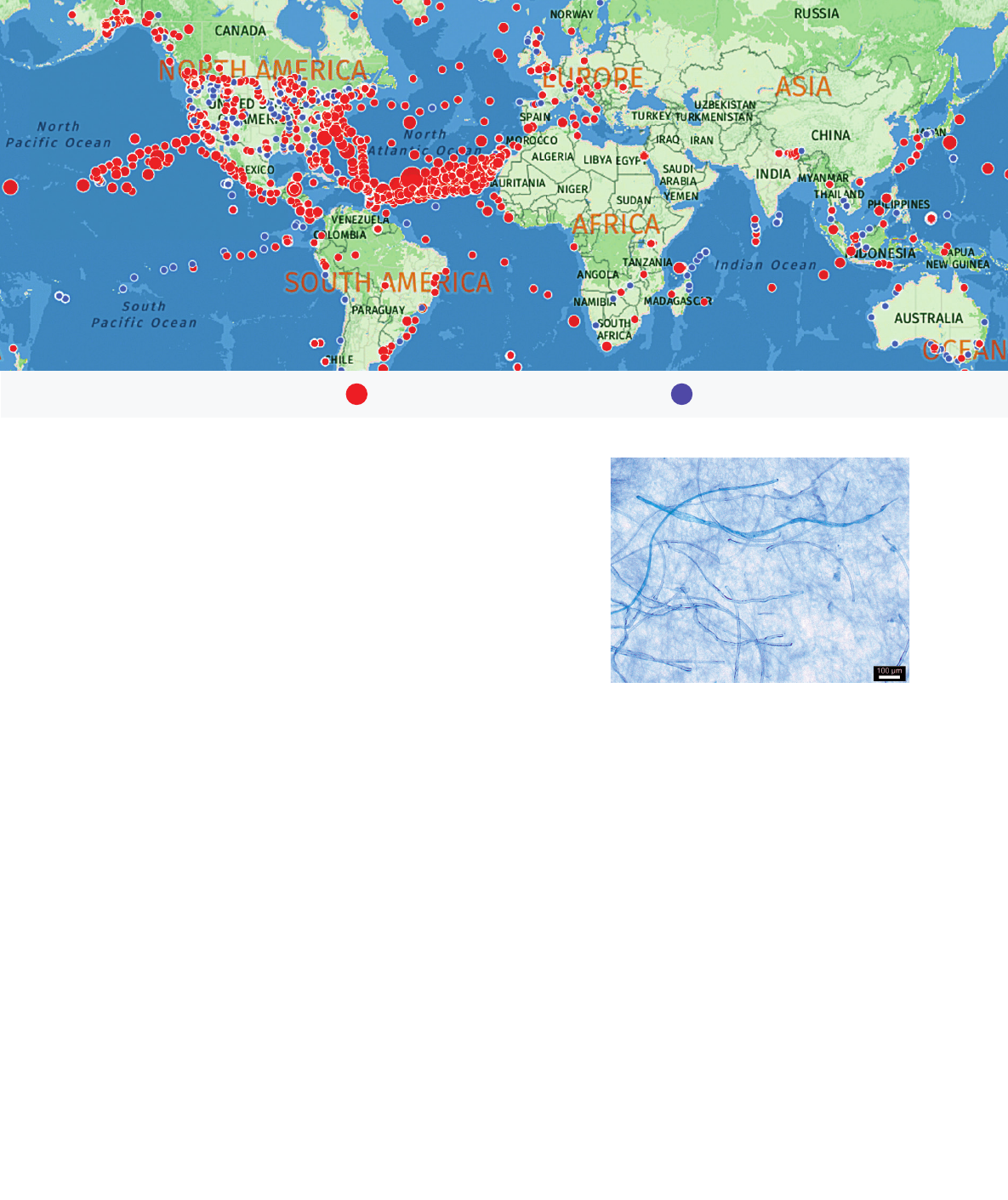 SEAWATER
WASTE WATER
LAKE WATER
102.00
76.50
51.00
25.50
0
Cotton 50/50 Polyester/CottonRayon Polyester
0 4 8 12 16 20 24 28 32
102.00
76.50
51.00
25.50
0
DIGGING DEEPER.
Cotton Incorporated a
nd the Cotton Research and
Development Corporation partnered with North Carolina
State University to conduct a two-year study that tested the
degradation rates of four fiber types: cotton, rayon,
polyester and a cotton/polyester blend. The microfibers
were tested using established methodologies in different
aquatic environments.
Research was conducted according to ISO14851:1999 2005
and ASTM D6691 test methods in three aquatic
environments:
• wastewater
• fresh water
• salt water
HOW TINY IS TINY? THESE
POLYESTER MICROFIBERS
AVERAGE 0.58 MM IN
LENGTH, ACCORDING TO
RESEARCH CONDUCTED, AND
ARE OFTEN UNDETECTABLE
TO THE EYE.
WHAT THE RESEARCH SAYS.
The aquatic biodegradation research indicates cellulosic fibers degrade significantly more than
petroleum-based microfibers, leaving fewer microfibers behind. Polyester microfibers show very little
degradation in all three aquatic environments and are expected to persist in the environment for long
periods of time
6
based on the data trend shown below. In the cotton/polyester blend, it can be expected that
the cotton degrades, leaving only the polyester after 20+ days. Cotton also degrades faster than artificial
cellulosic fibers such as rayon.
TURNING THE TIDES WITH COTTON .
The results are clear: cotton degrades faster than rayon and the cotton/polyester blend, while polyester
hardly degrades at all.
BUBBLE SIZE = PLASTICS PER LITER SAMPLES CONTAINING PLASTIC
SAMPLES NOT CONTAINING PLASTIC
Map Data and Design: Adventure Scientists/ Map Imagery:©2018 HERE, ©CARTO 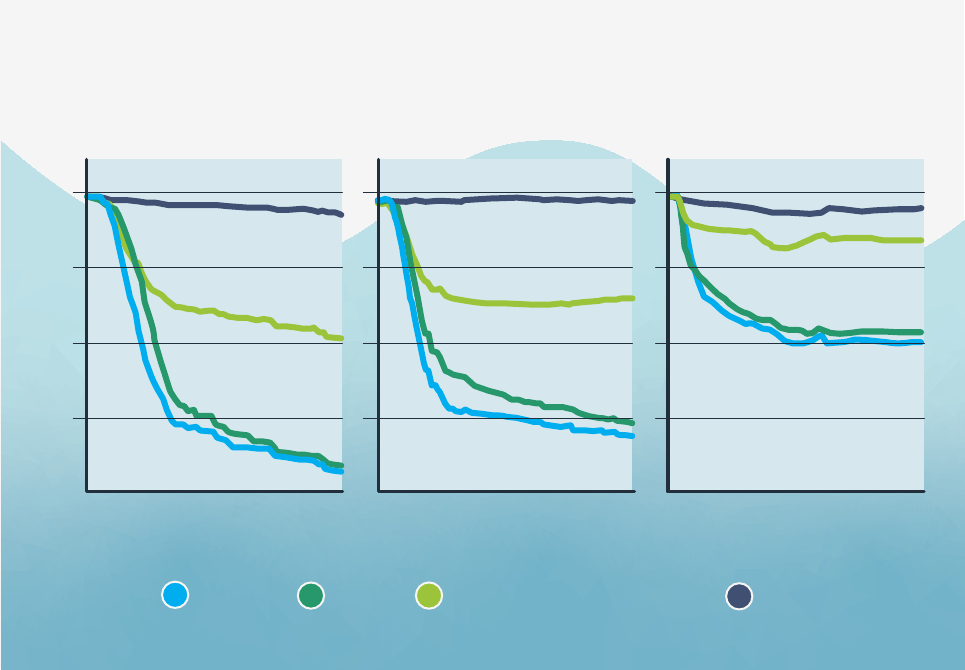