Initiating and Terminating Irrigation for the Season

When to Initiate the First Irrigation

Historically, cotton irrigation research started in the arid west where the question about when to start irrigating was never asked, as cotton did not start to grow until water was applied. In the Mid-South and Southeast, there is often residual soil moisture to get the crop started. In general, producers prefer to delay irrigation as long as possible so all of the early season field operations can be completed such as weed control and nitrogen side dressing. This is particularly true in furrowirrigated fields relying on pipes to deliver the water to the furrow. Also, there is the perception among many farmers that early season moisture stress encourages root development, and while true in some cases (see primed acclimation in Section 5: “Most Water- Sensitive Cotton Growth Stages”), too much stress can limit yield potential.

Irrigation Near the Time of Emergence 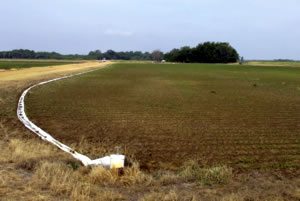 Figure 3.1 – There is no doubt that putting out poly pipe early in the season creates problems accessing the field, but there are years where significant yield loss will occur if delayed.

Poor moisture conditions near the time of emergence can result in poor and spotty stands. This may result in the need to replant or create management problems for the rest of the season as sporadic stands can result in: a) increased weed pressure; b) inconsistent crop height; and c) differences in crop maturity making termination decisions difficult. Therefore, if soil moisture limitations threaten a good stand, irrigate. Note that water use is very low at this point in the crop’s development, so a large volume of water is not needed. This may make application with a furrow or flood system impractical.

When to Apply the Last Irrigation

The perennial nature of cotton makes it difficult to make end-of-season decisions about when to stop applying water. Stop too soon and there is a risk the final fruit set will not fill out and yield loss will occur. On the other hand, applying irrigation too late can result in delayed harvest, increased pest management cost, and no yield increase, not to mention the costs of the irrigation itself. The COTMAN program has proven useful for making end-of-season decisions, and a study was carried out in the Mid-South to see if the COTMAN approach could be applied to irrigation termination. In that study, a clear relationship between time after five nodes above white flow (NAWF5) and time of the last irrigation could only be established for fields north of 34o N latitude. In those fields it was determined that an irrigation applied after 18 days past NAWF5 would not increase yield enough to be profitable.