We have updated our Terms and Conditions and Privacy Policy with important information about our collection and use of your data and your data privacy options.
skip to main content
› Cotton Production › Cotton Production Research › Weed Management › Managing Glyphosate-Resistant Palmer Amaranth Research Meeting › Managing Glyphosate-Resistant Palmer Amaranth Research Presentations › Segregation and what it means in Palmer amaranth

Segregation and what it means in Palmer amaranth 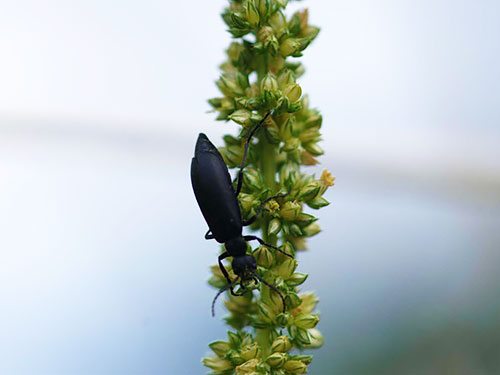 by Fred Bourland (University of Arkansas)

Plant geneticists have discovered many different types of inheritance patterns that explain the genetic basis for resistance of plants to various diseases and insects. Resistance may be due to single or multiple genes having major or minor effects, which may be influenced by additional minor genes and/or interacting environmental effects. Furthermore, the genetics of resistance may be masked by poor expression that retards identification. Evaluation of the genetics of glyphosate resistance in Palmer amaranth will likely follow some known genetic model, but is complicated by several factors including: