We have updated our Terms and Conditions and Privacy Policy with important information about our collection and use of your data and your data privacy options.
skip to main content
› Cotton Production › Cotton Production Research › Weed Management › Managing Glyphosate-Resistant Palmer Amaranth Research Meeting › Research Programs from Industry › Bayer CropScience

by Alan Hopkins and Dave Guthrie 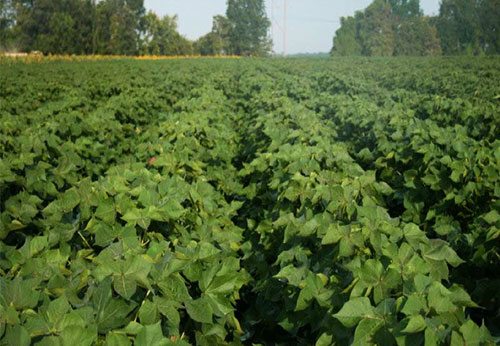 The Ignite® formulation of glufosinate will be maintained at 280 g/L (2.33 lb/gal) active ingredient. Bayer’s recommendation for resistance management in cotton is to ‘start clean’ by applying a preplant herbicide, a preemergence herbicide behind the planter, and a residual herbicide at layby. Glufosinate (Ignite®) can be used as an in-crop application in Liberty Link® cotton or in Roundup Ready® cotton if hoods are used. In Georgia, pendimethalin (Prowl®, others) applied preemergence followed by two applications of glufosinate, and a residual at layby was an effective management strategy. There is no reported resistance to glufosinate, so it should be strongly considered as an option for resistant Palmer amaranth. Glufosinate can be mixed with metolachlor (Dual®) for residual control at the first application. Ignite® herbicide in Liberty Link Cotton is an effective alternative to glyphosate for control of glyphosate-resistant Palmer amaranth.

Bayer is developing GlyTol, another type of glyphosate-resistant cotton. The new technology will be available in Fibermax varieties in 2009 and in Stoneville varieties in 2010-11. Also projected for 2010 is ‘H2,’ which confers resistance to both glyphosate and glufosinate. At some point, Bayer expects to have cotton cultivars that contain Twin Link (dual Bt technology). Twin Link plus H2 will be available in that same time frame. Bayer is also working on technology for tolerance to HPPD inhibitors in soybean, and eventually in cotton. Concern was voiced that Liberty Link cotton varieties are not well-adapted to the Southeast and mid-South. This concern should be remedied by the introduction of Stoneville varieties with LibertyLink.