We have updated our Terms and Conditions and Privacy Policy with important information about our collection and use of your data and your data privacy options.
skip to main content
› Cotton Production › Cotton Production Research › Weed Management › Managing Glyphosate-Resistant Palmer Amaranth Research Meeting 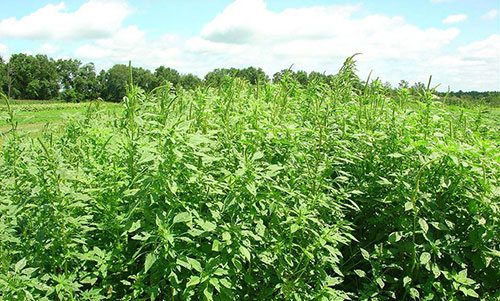 Confirmed, resistant populations of Palmer amaranth are found in Arkansas, Georgia, North Carolina, South Carolina, and Tennessee. Palmer amaranth populations suspected of being glyphosate-resistant are being investigated in other Southern states. Glyphosate, used in conjunction with glyphosate-resistant cultivars, provides flexible and reliable broad-spectrum weed management in cotton and soybean. A general distribution of glyphosate-resistant Palmer amaranth would significantly increase the cost and difficulty of weed management in these crops. Weed scientists in the Southeast and Mid-South are trying to develop effective management programs, generally incorporating increased use of preemergence herbicides. Glyphosate-resistant Palmer amaranth is viewed as a potentially serious threat to the continued use of conservation tillage, although effective use of cover crops may provide a possible means of combating this pest. Much remains to be known about the ecology, physiology and genetics of the resistance. One need is a method to unambiguously express the intensity of resistance in a manner that is consistent among populations. Greater understanding of the biology of the resistance would assist applied researchers to develop better management strategies. Cost effective management strategies are urgently needed, as is an industry consensus that resistance management considerations are a requisite component of herbicide use.

Segregation and what it means in Palmer amaranth; Colorado molecular and basic research