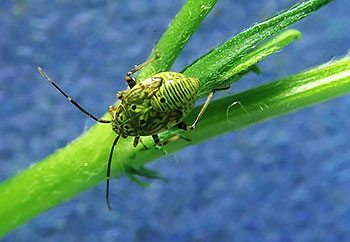 The reduced insecticide environment created by completion of Boll Weevil Eradication and the introduction of transgenic cottons has led to an increase in the importance of the bug complex as pests of cotton in the Mid-South and Southeast. In the Southeast stink bugs tend to present the greatest threat while the tarnished plant bug fills that role in the Mid-South. The western plant bug is the primary bug pest in Arizona and California and the cotton fleahopper is particularly troublesome in Texas.