We have updated our Terms and Conditions and Privacy Policy with important information about our collection and use of your data and your data privacy options.
skip to main content
› Cotton Production › Cotton Production Research › Weed Management › Managing Glyphosate-Resistant Palmer Amaranth Research Meeting › Introduction and Overview 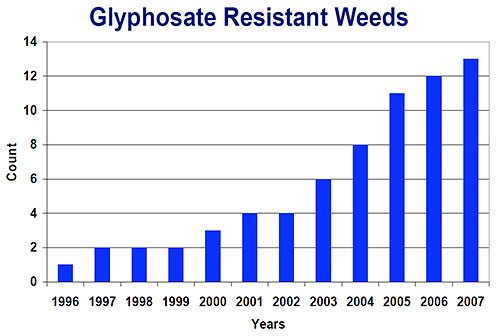 Problem: Palmer amaranth (Amaranthus palmeri) has been a management problem for several years in both cotton and soybean cropping systems, especially since the expansion of conservation-tillage practices. Glyphosate-resistant populations of Palmer amaranth are now found in several counties in five different states. Most researchers and producers agree that resistance in this weed species is a significant concern and will have considerable economic impact in areas where it becomes established. With more acres at risk in 2008, a united effort by researchers, herbicide manufacturers, and commodity groups is imperative to find effective management options for glyphosate-resistant Palmer amaranth and to attempt to limit its rate of spread.

Objective: The meeting was organized to bring together individuals involved in Palmer amaranth management to exchange ideas and coordinate research and educational efforts for maximum advantage.

Protocol: Approximately 35 attendees, from research/extension, the herbicide industry, and the cotton and soybean commodity organizations, shared their experiences with glyphosate-resistant Palmer amaranth with informal presentations and a roundtable discussion. Attendees were from several mid-south, south, and southeast states including North Carolina, Georgia, South Carolina, Mississippi, Tennessee, and Arkansas, and from Missouri and Colorado.