We have updated our Terms and Conditions and Privacy Policy with important information about our collection and use of your data and your data privacy options.
skip to main content
› Cotton Production › Cotton Production Resources › Spotlight on Cotton Growers › Satellite Imagery Technology to Manage Variable Soil 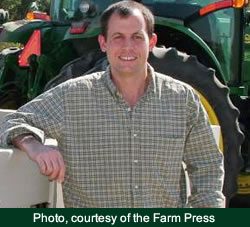